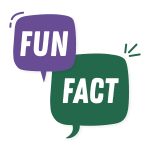 Did you know Wilson Community College (WCC) has trained HUNDREDS of firefighters since 1998?

Did you know that our Fire & Rescue Academy was the first one of its kind in the state?  Phil Batts, former WCC Director of Health and Emergency Services and current Fire Chief for Silver Lake Volunteer Fire Department, founded the Academy in 1998.

The WCC Fire & Rescue Cadet Academy is a 22-week program that allows the cadet, upon completion, to become certified in Firefighter, TIMS, RIC, HAZMAT Level One Responder, Technical Rescuer, and EVD, and is held twice a year (January-June and June-November).  As of December 17, 2018, WCC  has completed 41 consecutive Regional Cadet Fire and Rescue Training Academies since its inception, and the 42nd class will graduate in June of this year.  Approximately 96% of the firefighters graduating from the program have been successful in obtaining employment from fire departments all across North Carolina and other states that are members of the International Fire Service Accreditation Congress (IFSAC).

Some interesting facts about the program:

Applications are now being accepted for the 43rd Fire/Rescue Academy.  Candidates must be a member of a volunteer fire department, employed full or part-time with a fire department, or the candidate must be sponsored by a fire/rescue agency to be eligible for enrollment.  Please contact the Fire/Rescue Division at (252) 246-1372 or jgriffin@wilsoncc.edu to request an application package.

We are proud to offer this program at YOUR community college!